Rationale and Benefits of Treating Tobacco Use in the Hospital Setting 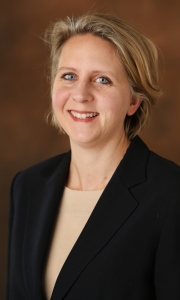 Smoking is the leading cause of preventable disease and death in the United States. Initiating treatment during hospital admission increases long-term quit rates by 40% or higher. Smoking cessation results in fewer hospital readmissions, fewer total hospital days, and lower smoking-related morbidity as well as elevated quality of life that is sustained for years after the quit date. The activities described below reflect a commitment to addressing the full spectrum of tobacco control, from initial tobacco screening to participation in ongoing research studies to public health outreach and prevention efforts in the community.

Identification of Tobacco Use Status and Treatment in the EHR– Hilary Tindle, MD, MPH (Director, Vanderbilt Center for Tobacco, Addiction and Lifestyle (ViTAL), Vanderbilt University Medical Center (VUMC)) and team have updated and revised the Vanderbilt Nurse Admission Note (RAN) that went into effect in July of 2015 at Vanderbilt University Medical Center to comprehensively identify tobacco users at VUMC. In addition, information is gathered on cigarettes per day, recent quit attempts (for current smokers), duration of abstinence (for former smokers), and use of other types of tobacco products, such as electronic cigarettes, cigars, and smokeless tobacco.

The ViTAL team has also designed an overhaul of tobacco identification and treatment in the Electronic Health Record (EHR) for the Vanderbilt Psychiatric Hospital in order to meet changing CMS guidelines for treatment of psychiatric inpatients.  These new EHR-based changes went into effect August 8, 2016. To maximize compliance with CMS guidelines via completion of these new tobacco fields in the EHR, the ViTAL team is spearheading educational sessions with Vanderbilt Behavioral Hospital (VBH) nurses.
As VUMC moved to the Epic EHR in November of 2017, ViTAL has worked closely with the EpicLeap team to customize Epic tobacco fields and ensure that the EHR is fully integrated into evidence-based, cutting-edge tobacco treatment.  One of the latest examples of this integration is electronic referral to the state quitline, termed “eReferral.” eReferral is a technologically-advanced strategy that links hospital EHRs to quitlines in a secure, bi-directional fashion.  Vanderbilt sent and received their first eReferral with the Tennessee quitline in February of 2017.  eReferral will continue to be piloted and then scaled up as Vanderbilt continues the transition to the Epic system.  Dr. Tindle co-developed this eReferral system which she piloted in the state of Pennsylvania in 2015, and which the ViTAL team is building at VUMC as part of a multidisciplinary team comprised of membership from Information Technology, the TN DOH, and the TN Quitline.

Inpatient Tobacco Treatment Service - The Vanderbilt Tobacco Treatment Service (TTS) is a clinical inpatient service that provides evidence-based care to tobacco users who are hospitalized.  The TTS employs Certified Tobacco Treatment Specialists who proactively visit patients identified from the Electronic Health Record as current or recently former smokers (quit within past month and at high risk of relapse). The TTS Specialists assess patients’ tobacco use patterns and then counsel and recommend smoking cessation pharmacotherapy to manage nicotine withdrawal and promote long term cessation.  The TTS expects to encounter approximately 3000 unique tobacco users annually.  From a clinical trials perspective, the TTS service functions as a “first encounter” for recruitment into ongoing clinical trials in smoking cessation, as well as a platform for implementation of new and improved methods as they are published in clinical trials. Finally, the TTS serves as an incubator for and disseminator of best-practices in tobacco control across VUMC.

Tobacco Control Order Set and Badge Card Reference Tools– The Vanderbilt Tobacco Control Order Set features FDA-approved smoking cessation medications and reference text and guidelines on their use.  This order set is designed to facilitate the use of efficacious smoking cessation medications, and will be utilized by the Tobacco Treatment Service counselors as well as other prescribers throughout VUMC and the VPH. vpBadge cards with similar “quick reference” information have been widely distributed across VUMC to educate providers and facilitate a greater number of prescriptions for smoking cessation medications. These badge cards were specifically designed for trainees, and ViTAL distributed over 700 ID badge cards to residents and fellows of all departments within the School of Medicine.

Outpatient Tobacco Treatment Clinic for Cancer Patients - While tobacco treatment can be thought of as a preventive measure against cancer, 3 out of 10 cancer deaths nationwide are attributable to smoking; this number is even higher in the South, and African American Southern men suffer the highest rates of smoking-attributable cancer-related mortality. Thus, one particularly exciting area of new growth is the expanding clinical partnership for cancer patients. We have received funding from the National Cancer Institute (NCI) to begin a dedicated tobacco control clinic for these patients in the outpatient setting, supplementing their cancer care and the work of the inpatient TTS. In addition to eReferral to the state Quitline, the Outpatient Tobacco Treatment Clinic plans to use Interactive Voice Response (IVR), which facilitates follow-up care for up to 6 months after a clinical encounter by monitoring engagement and smoking status through automated calls or text messages.

Community Outreach- ViTAL practices prevention of tobacco control via lectures, community research, public service announcements, and social media.
• In 2016, Dr. Tindle was invited to lecture to the VICC Research Advocacy and Promotora groups on tobacco research and treatment.  The VICC Research Advocacy group is an assembly of cancer survivors and caregivers that wish to support and contribute to the research process by providing the patient perspective and helping to shape the direction of cancer research and patient care. The VICC Research Advocates serve on various projects, committees and advisory boards, serve as grant reviewers, provide input on study design, attend research seminars and help develop educational resources to name a few of their roles.  Promotoras engage in cancer community work in the Nashville area, especially in the Latino community.
• The ViTAL team is also conducting a precision medicine smoking cessation clinical trial in the Southern Community Cohort Study (SCCS), which has one of the highest representation of African Americans in a cohort study, most of who were recruited largely from community health clinics in the southeastern US.  As a part of this trial, ViTAL also interfaced with a Community Advisory Board (CAB) which met on multiple occasions to provide key feedback, contributing heavily to the development of precision medicine interventions for smoking cessation.
• In conjunction with My Southern Health, a Vanderbilt patient-facing healthy lifestyle blog, Dr. Tindle co-authored a number of informational pieces to educate the public on hazards of smoking as well as benefits of and tips for smoking cessation. She also recorded accompanying video interviews to be shared widely via VUMC social media in English and Spanish. She has also contributed to an educational video for the Cumberland Pediatrics Foundation and was recently featured in an interview with News Channel 5 about the CDC "Every Try Counts" campaign.
• Dr. Tindle was recently invited to give a CME-eligible presentation on precision approaches to tobacco treatment to TennCare (Tennessee’s Medicaid provider) and QSource, a Medicare Peer Review Organization for Tennessee. This CME lecture is aimed at augmenting care of smoking among Tennessee’s roughly 400,000 TennCare smokers.
• Working with the Department of Health Policy and NashvilleHealth, Dr. Tindle has been privileged to chair a working group of national tobacco experts to discuss formulating a "prescription" for tobacco control in Nashville.
• Dr. Tindle is a member of the Tobacco-Free Tennessee Coalition, lead by the Tennessee Department of Health Tobacco Use, Prevention and Control Program and NashvilleHealth, which hosts regular meetings with key stakeholders and community partners from around the state to identify strengths, gaps, and opportunities for tobacco control in Tennessee.